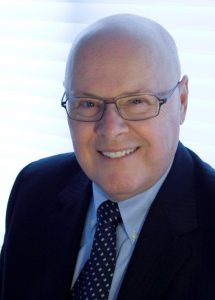 Eugene Polistuk is an Icon of Industry for believing in the power of hardware manufacturing at a time when his employer, IBM, was moving in the exact opposite direction. He is considered one of Canada’s most prominent business leaders. He graduated from the University of Toronto’s EE program, and spent the first 24 years of his career at IBM. His vision is responsible for transforming one low-tech IBM facility into one of its highest performing manufacturing facilities; then in 1994 he created the IBM spin-off company Celestica Inc. In a few short years he guided Celestica to a position as the world’s third-largest high-tech outsourcing manufacturer, employing over 50,000 people in 18 countries.

In a Forbes article from Dec. 2000, Eugene Polistuk is acclaimed as one of Tech’s Top Executives, at a time the EMS industry was flying high within the financial community. “Today, the outsourcing industry generates more than $90 billion in annual revenue, which could rise to several hundred billion dollars in the next few years,” the author exults. “Celestica is the third-largest EMS company behind market leader Solectron and SCI Systems. But it’s the fastest growing of the three, with a top line that’s increased by more than 60% for three straight years. Revenue is expected to climb from $5.3 billion in 1999 to more than $10 billion this year, and Polistuk is on record for predicting growth to $20 billion in 2003.”

During Polistuk’s 25-year career at IBM, beginning in 1969, the company fought increasing competition from nimbler microcomputer companies that could do the job of expensive IBM mainframes. At that time, IBM mostly rented their equipment – to places like NASA and the FBI. Polistuk went through several rounds of layoffs in the 80s as IBM downsized and reorganized in response to the technology shifts of the personal computer age. As the financial community put more pressure on tech companies to perform, something had to give.

It’s hard to overstate the catastrophic tech disruption that took place during the late 90s and early 2000s. For companies like IBM to hand over their hardware manufacturing and transform themselves completely took a massive cultural shift. Imagining the IBM strategy sessions during that period increases respect for Polistuk’s ability to swim against the tide of groupthink and focus instead on strengthening and deepening IBM Canada’s electronic manufacturing skills.

By 1994, IBM Canada was one of the most profitable facilities within IBM. Yet in January of that year, the facility was spun off and Celestica became a wholly owned subsidiary of IBM Canada. Polistuk lost no time in trying to jumpstart what he considered the problem: the bureaucratic legacy IBM management structure. He instituted a 5% pay cut in exchange for a generous profit sharing program based on performance. Just as quickly he initiated talks with potential investors to sever the IBM cord completely. By 1996, Onex was selected as the winning bidder and Celestica became a true EMS. Celestica grew quickly, attracting over 40 OEM customers in the first few years of its existence. Polistuk’s timing was perfect as OEMs in many sectors were feeling pressure from the financial community to shed expensive factories and focus on their ‘core competencies.’

Polistuk set off on a remarkable acquisition spree that resulted in explosive growth. The company completed eight acquisitions during 1998, gaining entry into Asia, Mexico and Ireland. The next year, it raised enough equity in the public markets to buy five new facilities in places like the Czech Republic. Celestica also launched green field facilities in Brazil and Malaysia. The company also grew in its service offerings by going deep into the design arena, opening prototyping and new product launch services in a new type of facility called Customer Gateway Centers. When the first year of its corporate independence ended, it had generated revenue of $3.2 billion, up from $2 billion the year before, and on its way to achieving Polistuk’s goal of $10 billion in sales by 2001. Revenues in 2000 came in at $9.8 billion, just shy of that goal.

Then… catastrophe. 2000 marks the year that the bottom dropped out of the tech industry – at least for hardware manufacturing in the eyes of the financial community. For a time, it was good for EMS companies, and Polistuk had foreseen a pull back, which enabled him to quickly implement a plan to cut expenses. More OEMs decided to outsource their manufacturing and Celestica continued to do well for a few years. Polistuk also continued to buy manufacturing assets which were being offered at fire sale prices.

But 57-year old Eugene Polistuk decided to call it quits in 2004. This is from an article in the Globe and Mail from 2004 – just four short years after the triumphant piece cited above:

Mr. Polistuk, whose resignation takes effect immediately, said despite the loss, the fortunes of the sector and the company are improving and it is a good time to give the reins to new management.

“The tech depression is over. Things are really starting to pick up. We look forward and things, I think, look positive so it’s an ideal transition point,” Mr. Polistuk, 57, said in an interview. When asked about the timing of his departure coinciding with the company’s fifth consecutive money-losing quarter, Mr. Polistuk suggested his critics “don’t have the benefit of seeing what is ahead.”

….Investors and analysts interviewed were surprised by Mr. Polistuk’s sudden departure but said his decision to leave is indicative of the sector’s dire straits.

A downturn in the tech sector, weak demand for electronics equipment forced many electronics manufacturing service firms to slash costs and has put increasing pressure on profit margins. Since 2001, Celestica has shed about 20,000 jobs and shifted about 70 per cent of production to lower-cost jurisdictions in central Europe and Asia.

“If I was the CEO of an EMS company and quit to run a paper clip company, I’d still be making better margins,” said Duncan Stewart, co-owner and portfolio manager at Tera Capital Corp. Mr. Polistuk has done “good job” in the “worst industry,” Mr. Stewart said. The investment firm has a small position in Celestica stock.

While Eugene Polistuk may have retired at a difficult time for the industry and the company he founded, his legacy is secure.  Of the top 3 EMS in 2000 mentioned earlier – Solectron, SCI Systems, and Celestica – it is only Celestica that continues to exist today. 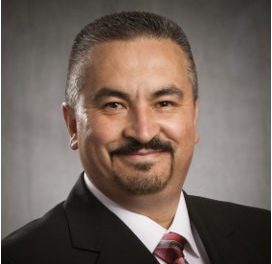