Highlighting the ‘E’ in STEM Education at National Engineers Week

By C.D. Mote Jr,  President of the National Academy of Engineering

If you’ve ever searched the internet, shopped online, gotten a medical image, used a smart phone, or played a video game, among many other things, you’ve benefited from the C++ programming language. Most people have never heard of the C++ programming they interact with everyday.

Most don’t know the engineering behind how our increasingly technologically-dependent world works. When creating something is the question, engineering is the answer. We all enjoy the handiwork of those we celebrate during National Engineers Week (February 18-24 this year).

The engineer who created C++ programming, Bjarne Stroustrup, will be awarded the prestigious $500,000 Charles Stark Draper Prize for Engineering on Tuesday. Some call it engineering’s Nobel Prize, but it doesn’t get nearly as much attention. While the Draper Prize has been awarded to the inventors of now-indispensable tools like GPS, the cell phone, and the World Wide Web, few know of the winners.

If the U.S. is to remain an innovation leader, we need to refocus our national conversations before it’s too late. That said, I actually feel confident in the future because young people get it.

The morning after receiving his prize, Dr. Stroustrup will be welcomed by enthusiastic kids in a unique curriculum at Edison High School in Fairfax County Virginia. Their Global STEM Challenges Program teaches the first three years of required high school science, math, and technology (three of those STEM letters) material through the lens of Grand Challenges for Engineering (the “E”) identified by the National Academy of Engineering (NAE). Instead of teaching those subjects in separate classes, they are blended together — as in the real world — within projects focused on the biggest issues or our time.

Yes, that “E” — creating solutions to making life on our planet more sustainable, healthy, secure, and joyful — is the way you motivate kids to learn. This generation wants its opportunity to change the world. Science, math, and technology are among the tools engineers use to create solutions serving people and society. For too long the “E” in STEM education has been silent, but that’s about to change.

The Edison students are inspired by the creativity of engineering and the opportunities it provides to make a difference. They want to follow in the footsteps of engineers like those who have won the Draper Prize, and to bring us all the incredibly powerful tools for improving life that may be beyond our imaginations today but will be the necessities of tomorrow. These ideas are making them want to learn. There aren’t any bored high schoolers in the Global STEM Challenges Program.

Students in Edison’s curriculum, and in other schools across the country focusing on the NAE Grand Challenges, are learning more about what it means to be an engineer. The Global STEM Challenges Program kids are way past those who still conjure up train conductors or building maintenance people when the word “engineer” is mentioned.

Not only do they know engineers use the discoveries of science and mathematics among other tools to create useful things for society, but they understand engineering skills are useful in creative work not traditionally thought of as engineering too.

Dr. Stroustrup is an example. He is now the managing director in the technology division of the financial services firm Morgan Stanley where moving money quickly, reliably and securely between computer systems is obviously important. Yes, engineers are everywhere.

In fact, all aspects of life are becoming more dependent on the creations of engineers. Not only that, by taking on non-traditional roles, their way of thinking is bringing new perspectives to careers ranging from politics to medicine to entertainment to education.

The membership of the National Academy of Engineering is made up of the most accomplished engineers in our country. But their job titles don’t always reveal their stellar engineering backgrounds. They include CEOs, secretary of State, secretary of Defense, president of Pixar and Walt Disney Animation Studios, and many others you might not suspect.

These young people what to be part of something big. They know engineers will play a pivotal part in shaping our future and solving many of the world’s grand challenges, whether it’s behind the scenes like C++ or as president of the United States. 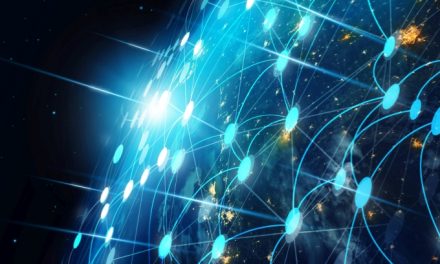