Omron will be offering its AOI systems with The Hermes Standard (THS) as of the end of August. The Hermes Standard is provider-independent machine-to-machine communication that simplifies production-related data transfer in SMT production. Leading machine manufacturers have joined forces to make future SMT manufacturing industry-4.0 ready.

“We look forward to offering our customers The Hermes Standard in our machines”, said Kevin Youngs, Key Account Manager — Automated Inspection Business Europe at Omron Europe B.V. “Omron is thus involved in collaboration with other manufacturers in developing SMT manufacturing of the future and implementing efficient manufacturing processes that ultimately benefit all manufacturers and end users”, continues Youngs. More than 30 manufacturers from North America, Europe, and Asia are involved in implementing The Hermes Standard.

The Hermes Standard helps to exchange relevant PCB-related data between different machines in electronics assembly lines. The goal was more advanced process integration. The Hermes Standard’s first version was released in April 2017. Until that time, board flow management was based on the IPC-SMEMA-9851 standard. This standard was a first step towards communication between machines in an SMT assembly line. But the SMEMA standard imposes limitations on usability and practical applications. Because of that, it was time for a new standard based on state-of-the-art communication.

The Hermes Standard is non-proprietary open-protocol-based communication built on TCP/IP and XML. The Standard can be set up with ordinary components such as Ethernet cables, etc. The data structure is flexible and provides seamless exchange of essential types of board data, such as dimensions and different ID types. That’s why bar codes or other ID tags may no longer need to be read into each machine; the data can be communicated from machine to machine. The board flow management is controllable and transparent at all times. “The Hermes Standard functions flawlessly in production lines consisting of different manufacturers’ machines. Moreover, existing production lines can be expanded without it affecting The Hermes Standard. New or additional machines are simply integrated and brought into the data management”, explains Youngs. 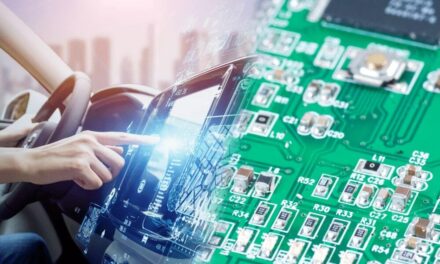 What is Traceability for Electronics Manufacturers?