Ford has set some pretty lofty goals as it attempts to restructure in a down market for automotive, which means there have been not-so-easy announcements like the one that kicked off the summer, where Ford CEO Jim Hackett told employees in an email that the firm would be laying off 7,000 workers by the end of August.

But the restructuring isn’t all bad news. While Ford intends to drive billions in operating costs out of the brand, it’s also streamlining its strategy to focus on the vehicles that are selling well and, in this market, that means SUVs.

In late June, Ford unveiled the fruits of a one-billion-dollar investment in two Chicago area plants responsible for producing the Explorer SUV, as well as its specialty law enforcement vehicle, the Police Interceptor, and the upcoming 3-row Lincoln Aviator.

The investment is said to comprise 600 robots and two new 3D printers. The Fanuc robots, according to Crain’s Chicago Business, are intended to be used to move and weld vehicle chassis. The printers will be used to quickly and inexpensively print replacement parts to address equipment maintenance requirements on the fly. The plant now also features a collaborative robot with a camera that inspects electrical connections during the manufacturing process.

The key is speed because, according to the report, this plant churns out one vehicle every 52 seconds. But don’t worry, robots didn’t get all the capacity.

In recognizing Manufacturing Day, ISA and the Automation Federation  draw attention to the growing need for skilled manufacturing workers 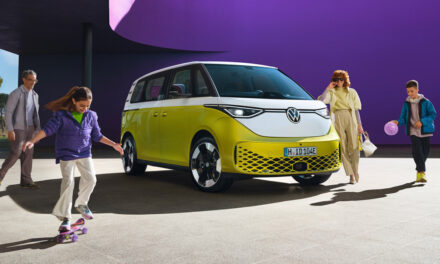