Katek Group has recently gone through a major rebranding, integrating three EMS and creating a unified vision for the new organization. The combined organization has locations in Germany and Eastern Europe and around 1,750 employees, and generates sales of more than € 275 million. The range of services covers the entire lifecycle of electronic assemblies and devices, from development through material and project management, production, testing technology and logistics to after-sales service.

EMSNOW caught up with Katek Group CEO, Rainer Koppitz to learn more about the new organization.

EMSNOW: While the company name, Katek, has been in the EMS market for many years, the new, expanded company is the result of the acquisition and integration of three German EMS companies (Katek, Steca, and ETL). What is your vision for this new company?

The EMS market – and for simplification I am not differentiating here between EMS, E²MS and ODM – is extremely fascinating. First because it`s mostly under-estimated what the tremendous growth of the IoT-device market will mean for EMS, an industry which is designing and manufacturing the brains of all of these devices. Secondly because there is an accelerating trend of OEMs to outsource EMS activities and turn fixed costs into variable costs. Thirdly because the market is extremely fragmented. 52% of the European market are being served by more than 1,700 companies, meaning each company has a market share of less than 0.03% on average. Almost nothing. That`s crazy and how can these companies compete in times when you need to continuously invest in innovations and need to have a decent size in order to buy at good prices? And fourth: The customers, all the medium sized to large European OEMs, are looking for stable and reliable EMS-partners as an alternative to the big Asian and American players. Today they have only limited choice and will give any additional option a warm welcome.

In a nutshell, Katek SE is about to actively consolidate the market and offer a second source to all OEMs looking for a long-term European partner with strong German engineering DNA. We aim to be the number two in Germany (behind the `gold standard` Zollner from whom we can still learn a lot) and one of the top ten in Europe. We guess we are already number twelve right now based on latest numbers from in4ma, so still some way to go.

EMSNOW: Katek is owned by a family-run holding company, Primepulse SE. How does this benefit you moving forward?

Many of our customers are family-owned businesses as well – the so called German “Mittelstand” – and so do many of the EMS companies in Europe. We speak the same language as our customers and as many of the companies we are talking with about a potential merger. And we share the same values: entrepreneurial thinking, fast and pragmatic decision processes, reliability (we call it “handshake mentality”), long-term thinking and the philosophy of putting the customer first.

That’s the most challenging part of it! How to combine the necessary group synergies like sales- and purchasing power, shared resources and market visibility with the fast, flexible and customer-oriented approach of small local entities? Our way of combining both strengths is the “fleet- of-speed-boats”-concept”: All members of the Katek SE group will continue to act as separate legal entities with own MDs, with as much decentralized decision power as needed, with own factories and all structures you need to act fast and deliver with maximum speed. Customer contracts are being negotiated and closed with the group members unless a customer – we have first examples – prefers an overarching frame contract with Katek SE. This decentralized power is being combined with a very lean group structure at Katek SE level, where only those activities for the entire group are coordinated. This really does help us in exploiting the major synergies: Strategy/M&A, purchasing, sales, controlling, just to mention some of the most important ones. And in addition we are about to establish so called `competence centers`, which will be distributed among the group members, meaning that one of the affiliates will take the responsibility for, let`s say, a certain area of engineering, providing these capabilities to all other group members, avoiding redundancies and double work.

This will help us combine the best of all possible worlds and create something unique: Big enough to last for many decades and gain the maximum of synergies – and also agile enough to succeed in a fast moving and further accelerating market.

EMSNOW: Your current geographic footprint includes facilities in four European countries. Is your plan to maintain this European focus or will you possibly be expanding into other regions as well?

Definitely, it is. We are convinced that it would be a good step to have facilities either in Asia, LATAM or North Africa. By the way it`s not only because of better cost structures, it`s because of the presence of many OEMs with own factories in those regions where a local-for-local concept is often preferred. And I am not only talking about production sites but also about engineering and sourcing resources, which could be partially located outside Europe.

EMSNOW: Where do you see the opportunities for growth in the EMS industry and how is Katek positioning itself to address these?

There are two sweet-spots in the European EMS industry. Either you are small and specialized, typically focused on one industry and product category, doing less than 15m in revenues and a technology leader in your niche. Or you are big, definitely beyond 150m revenues, better beyond 250m, addressing several sectors, maintaining a bunch of production sites in several countries, covering the entire value chain including engineering/development – which gives you better margins and customer loyalty – and using all advantages of economies of scale, like purchasing power both on OPEX- and CAPEX-side. In between – not in a profitable niche and not big enough to play with the big guys – it`s going to be difficult… For Katek SE it`s crucial to meet all of those criteria, including to act more and more as ODM rather than as pure electronics manufacturer. We will get there within the next quarters by further organic growth, selective M&A and hard daily work.

EMSNOW: What issues do you expect to be the most challenging for Katek and the EMS industry in the next few years?

The massive change in the automotive industry, especially the switch to electric vehicles with the consequence of cost cutting and less volume predictability, will cause some troubles for those EMS players heavily dependent from this sector. Second big threat is a potential downturn of the economy – we as EMS companies can only be successful if our customers, the OEMs, can sell their products globally. And thirdly all EMS players need to revise and maybe reshape their strategic approach and find an answer to the “niche-or-scale” dilemma. I would say we have built a solid foundation to master all of this. But it will take some time. It`s a marathon.

EMSNOW: The EMS industry is already a crowded field of competitors. How do you plan to differentiate Katek in this industry?

The market is not only crowded but even over-crowded. Too many players which neither have the necessary size nor a sharp profile. We want to make a difference by combining innovative thought-leadership with agility and the necessary size to survive all future storms. And we want to become a thought leader in the industry, using the latest technologies and helping our customers to compete in their area.

EMSNOW: Is there anything else you would like to say to the EMSNOW readers?

We are inviting a few more players to join us and create a long-lasting success story in this fascinating market. Over the course of the next four to six quarters there will be some more companies sharing the same strategic believes which will become proud members of the Katek SE family. But we also should think about how we can better cooperate with other EMS players beyond mergers. In our industry one day you are a competitor – and the next day you are partners, work together and support each other, for instance with engineering capacity, or to combine the purchasing power. We are open for any way of collaboration as well and have already started to go this partnership approach. 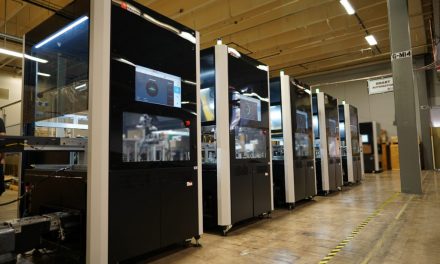 Take the Headache out of Factory Automation