While the global semiconductor industry seems to have escaped the direct impact of the coronavirus crisis in Mainland China so far, the market is likely to suffer the repercussions as the outbreak slows or suspends the production among the electronics manufacturers, according to Omdia.

Ron Ellwanger, senior analyst, Semiconductor Manufacturing, IHS Markit and Omdia, said that this is such a dynamic situation! As soon as you read this, something could have changed!! The risks are considerable, and a potential disruption to the Chinese chip production could have major ramifications for worldwide economic growth.

EMS/semiconductors struggling
How badly has the global semiconductor industry been hit by coronavirus? Ron Ellwanger said: “At this point it is very difficult to say. The EMS companies are feeling the pressure, mainly due to workforce issues. The Chinese government has just announced that they have to do more to open borders and open up supply chains. No details have been released.”

What are the dangers as coronavirus disrupts production at EMS companies? He added that the danger lies in balancing the inventories at the EMS companies. For example, if an EMS firm cannot get the displays or even a fraction of a cent of passive components, you will see them starting to either put their semiconductor orders on hold or even push out the semiconductor deliveries.

And, how are Jabil, Wistron, and Foxconn dealing with the crisis, separately? Ellwanger clarified: “We do not follow the EMS companies directly. We know that they are running at about 25 percent due to workforce issues. This is in the virus-affected areas. We will begin to see them offering salary or bonus incentives to those that show up to work.”

Some EMS companies have already started transferring manufacturing to Taiwan, Vietnam, etc., due to tariff issues. This could solve the workforce issue. But, if piece part shortages exist, having a complete workforce will not solve that issue.

Next, how are the challenges facing import and export logistics being handled? The import and export is again a workforce issue. If a shipment is cleared, most importantly, can it be transported to the areas where the roads and railways are still closed?

Total semiconductor market to drop 6 percent in Q1
Finally, how key is the impact felt by chip makers in package and testing? He said that at this point, we don’t see a real issue because the affected area has very few semiconductor companies.

One hopes that everyone gets over coronavirus. By when? A year? Ellwanger said: “We don’t really have a comment. You have to remember that sequentially, Q1 is typically flat to down, quarter from Q4. This is one statistic that makes evaluating the impact of the virus difficult. For example, a major player that highly depends on China supply chain has seen their Q1 revenue decline sequentially 27 percent since 2013.

“The total semiconductor industry will decline on average 6 percent Q4 to Q1. So, is it the coronavirus or just Q1 seasonality? It remains to be seen!” 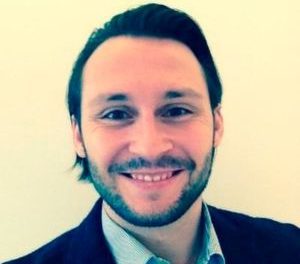 How a small EMS company in Europe handles COVID-19