Part 1 of this article can be found here.

When the outbreak of the Corona crisis in Wuhan occurred, drastic changes were predictable for the international industry, but it was not possible to quantify the size of the problem. Accordingly, the company managers in the European EMS industry looked at the development with concern and reached out for any information that could be used to assess the influence on their own company.

Table 1: revenue and headcount of the different revenue groups

The surveys were formulated as simple questions, without requiring a special form to answer them. Rather, it was suggested to communicate as much information as possible in order to get an accurate picture of the situation. A total of four queries were originally planned, three weeks apart. In the meantime, the large EMS companies have asked to continue these evaluations at least until August, as there is no more qualified evaluation of the effects of the Corona crisis. The first four queries have now taken place (27.3./17.4./8.5./29.5.), the fifth query follows on 19.6.

The available capacity decreased significantly in March, primarily due to the high level of sickness of the production employees. The subsequent short-time work and the introduction of 6 hour shift models further reduced the capacity. However, there were no capacity bottlenecks because many companies reported that their customers had postponed shipments and that the reduced capacity was sufficient for the scheduled orders.

When analyzing the effects on incoming orders, you can of course apply different standards. You can calculate the deviation from the same month of the previous year, the last month or the plan. Fortunately, most companies have left us the choice with their reports. As far as possible, the development was chosen for the same period last year, which also means that the decline to the plan, which mostly provides for growth, is even greater. In the automotive division, there were order cancellations and postponements in April of between 45 and 75% compared to originally existing orders, which then also triggered short-time work. How did a reporting company express itself: “Automotive is a case for the intensive care unit”. Only with companies that had an automotive share of less than 50% could this be partially offset by positive changes in the order situation in mechanical engineering and medical technology. Individual companies reported slight improvements in early May, but it was a minority. Overall, the trend was still negative early May. In the order intake it can now be seen, that the companies in the reporting group split up. One company wrote: “We are probably still on the island of the blissful” whereas others are badly suffering. Table 3 lists the current development of order intake for the same month of the previous year. Many companies believe that May is now bottoming out.

The gap between larger and smaller companies is now widening. If the large companies, especially those with a share of> 25% in automotive, had already felt the effects of the Corona Virus in March, all other sales groups had seen an improvement in order intake. In return, the order intake rushes completely into the basement of the small companies in groups M and S / XS, while it is already recovering slightly for sales groups XL and L. The automotive supply industry hesitantly places its first orders.

Mechanical engineering also shows a downward trend (sometimes minus 15%), unless it is an investment in hygiene articles. There are various trends in railway technology. For example, one company reports orders declining, while another company reports orders for railway safety technology that are destined for China. Quote: “They think we have Corona in Europe and are afraid supplies to dry out”. Of course, later this will have the effect that nothing is ordered because the excess inventory has to be reduced.

In many cases, companies are planning with low visibility and high security, because hardly anyone is able to precisely predict consumer behavior. In particular, people affected by short-time work or complete loss of income often drop out as consumers, on the other hand consumer behavior shifts in other directions. Anyone who does not take a vacation or does not go abroad due to the Corona crisis is investing increasingly in home and garden, including intelligent home technology, robot lawn mowers, etc.

On the other hand, there is still uncertainty in automotive technology, which car manufacturers are partly responsible for. The diesel scandal has contributed to consumer insecurity. New vehicle registrations in April slumped by over 50%, and not just because the registration offices were not open regularly. The hype about e-cars is only artificially driven. Testimonials from Dutch people who need two days to travel to the Alps in an e-car raise general questions about the means of transport.

What’s next? A company has a plausible view: “The economy is preparing for a longer phase of decline. In general, we do not yet see the bottom been reached. ”Follow-up orders are no longer placed as usual, you have to constantly and intensively follow up on the customers. In addition first requests for the extension of the payment term by customers popped up.

Smaller EMS companies are not expected to bottom out until the end of the 2nd quarter or the beginning of the 3rd quarter. Further calculations on the sales development in the EMS industry are currently underway, but these are quite difficult because the industry will not develop as homogeneously in the next 24 months as in the past. Now collecting data and facts is more important than ever, otherwise there will be no sensible future planning.

The major part of the reports on the procurement situation relates to transport logistics. As more and more distributors are now also charging for transportation and some have also sent official letters, the first companies are questioning the supply of circuit boards from Asia. The cost increases for some EMS account for about 3-5% of the material costs for individual orders, at the same time there is a delay of 1-5 days due to the transport. There are occasionally delays of 1-2 weeks for printed circuit boards. EMS companies in particular are increasingly buying time-critical circuit boards in Europe again. It is to be hoped that the companies now consider single sourcing in China to be too risky and to send some of the orders to the local circuit board manufacturers in order to have local suppliers.

The plant closings in Malaysia, India and the Philippines for active components did hurt, ferrites and inductive components in North Africa as well until Mid of May. Massive increases in delivery times for connectors, shortages of inductors and coils, and delays for safety relays were causing headaches as well. End of May the situation has eased and the remaining problem is logistics and transportation.

In other European countries outside of D-A-CH, however, the situation was sometimes considerably different. Here, many companies were forced to close the company and only system-relevant productions (medical technology) were allowed to produce under strict conditions. Ultimately, 8-12% of the capacity was lost this year, but this also affected customers. A double-digit decline in sales in the European EMS industry for 2020 must now be assumed. It could be up to minus 14% in the western countries, up to minus 8% in the eastern countries and around 8-10% in D-A-CH.

in4ma produces these evaluations as well as the EMS annual survey for the European EMS industry. The work is financed through crowd funding (sponsorship), which in4ma has launched beginning of this year. This work is currently supported financially by 19 EMS companies in Europe. 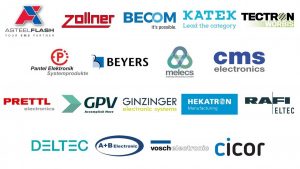 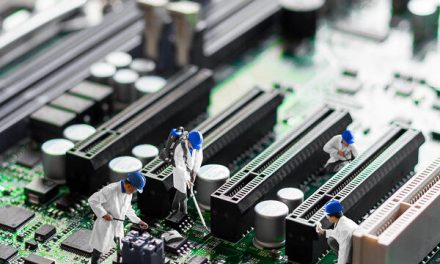 MCO 3.0 Lockdown in Malaysia, Hotspot for Packaging/Testing and Passive Component Manufacturing, Projected to Have No Effect on Semiconductor Companies, Says TrendForce